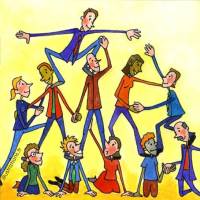 For once, I decided to translate French articles for our English speaking readers and those of us based in France who work in an international context and would like to share these with our foreign colleagues.

The original articles (2 posts in fact) were published by Renaud Choné on the blog of his company, Time Performance: http://www.timeperformance.com/blog/16-generalites/101-5-idees-fausses-a-propos-des-methodes-agiles

The wide variety of agile methods and their practices generates numerous false ideas on this subject. The object of this article is to demystify the most common false ideas found in the debates on Web by answering these factually.

The arrival of the Agile Methods is generating a ditch between their partisans and those of traditional methods. This rupture is strengthened by the fact that 4 founding principles of the agile methods contradict directly the classic approach:

The idea here is not to take position but to allow healthy debates. Indeed, at Time Performance, we are convinced that there is no good method for every situation. And it is moreover why our management of software projects was designed to be flexible while being inspired by the best practices and tools, agile or classic.

False, forgery and ultra-false… It is nevertheless the most wide-spread idea. It is also the most false.

1) The reason for being of Agile Methods is to allow the project to adapt itself easily to the changes ( » Reponding to changes « ). It makes sense only for the projects of rather long duration, because the risk of change is strong all the more as the project goes on. Furthermore, the duration is necessary to take the full benefits of the heavy investments made in the tests, their automation and the quality of the code, which are at the heart of the agile methods.

Moreover the Agile methods were designed for the development of software products (hence the term of Product Owner which we find in SCRUM), for which the life cycle extends over several years or even several decades.

This false idea was maybe inspired by the brevity of the development cycles. And precisely, an iterative development aims at avoiding the risk of tunnel effect, which is important all the more as the project is long.

Thus the Agile methods are particularly adapted, even recommended, for long projects and not for the small ones.

2) Concerning the size of the team, it is true that SCRUM limits the size of the teams to 8 or 9 individuals, and XP recommends it in practice, because it is the optimal functioning. But nothing forbids establishing several teams which will work each on a sub-project. Moreover SCRUM embeds it with a coordination mechanism which is called the SCRUM of SCRUMs. A team of several dozens of persons can be so constituted.

The Agile methods are very different from one to another. They are even sometimes almost totally complementary, as XP and SCRUM. If these last 2 methods mark a real break with regard to the classic approach, some as Unified Process establish intermediate steps in the evolution of the methods during the last 20 years.

All these methods agree only on the 4 principles, that is little. Furthermore, the Agile Manifesto offers certain freedom in interpretation. It is thus risky to speak about Agile Methods generally. It is better to speak about practices proposed by such or such method.

On top, it is necessary to add that the implementations of these methods are even more heterogeneous.

Firstly, the object of the agile methods is software development and not the management of projects. If certain topics of project management are mentioned such as the estimates and the planning, others are plainly absent (for example costs management).

Secondly, the agile methods are not methods. The authors of XP and SCRUM define them as sets of good practices.

False Idea n°4: the Agile Methods are methods of rapid development or prototyping

Short cycles of delivery do not mean that the developments are rapid. It implies simply to validate the progress regularly and concretely.

There are even chances that the developments will be less fast at first with regard to a V cycle, because of the requirements in quality of code and tests coverage, including of numerous re-developments. It is not thus a good approach to use for prototyping.

The Agile projects are marathon runners and not short-distance runners. That is why they travel light. And on the distance, they are generally the fastest and consume less.

False Idea n°5: the agile developments are with difficult to maintain because of the lack of documentation

The fear of seeing the knowledge of the functioning of the software leaving with developers at the conclusion of the project is perfectly justifiable when the documentation is insufficient.

However it is an error to consider that there is no documentation. Following the example of Open Source, in an Agile approach, the main documentation is the source code. And as numerous deliveries are realized throughout the project, everything is made to guarantee a perfect maintainability.

On one hand, the coding rules are very strict and their validation is automated. Several practices at the heart of the Agile methods (the refactoring, the absence of Code Ownership, the Pair Programming etc.) guarantee in the end an appropriate, well designed, legible and well documented source code.

On the other hand, in the source code it is necessary to include the tests (unit, integration, functional etc.). The tests are similar to a document of detailed specifications and an integrated validation tool. It is a significant but indispensable investment for the maintainability and the evolution.

In an agile approach, the source code and the tests stand for respectively detailed design and detailed specification, expressed in natural language in comments and in IT language. The big advantage is to guarantee that the documentation is always up to date with regards to the code, and that the code corresponds to the specifications thanks to the daily tests execution and continuous integration. An agile development should thus be very easy to maintain.

Really, the true question is: « between a complete documentation (specification, analysis, design etc.) and an appropriate and well tested source code which would you choose? »

The agile methods give the priority to the source code and to the tests. The V cycle favors in practice the documents which are generated upstream in the project, to the detriment of the code and the tests situated downstream in the cycle when the pressure to go fast, too fast, is much stronger.

False Idea n°6: the Agile Methods, it is the freedom to do it its own way

Team in « self-management » mode, questioned project manager’s role, redistribution of the responsibilities, the abolition of the contractual aspects, no detailed planning, absence or almost of documents, mainly verbal communication…

All these elements which seduce the teams have a flavor of freedom and emancipation which will frighten more than a manager.

However it would be false to consider that the Agility is synonymic of absence of rules, constraints and structures.

The Agility is above all a change in priority, as demonstrate the 4 principles of the Agile Manifesto. With more distance, it is also a change in the nature of a project, the objectives of which are not any more the respect for a requirements book, at costs and on time.

Now all these changes rest on different organization models which have their own rules.

To be Agile, it is not enough not to apply the former rules, it is especially necessary to apply the new ones.

False Idea n°7: the Agility, it is simple thus it is easy

Following the example of a chess game, the rules of the Agility are simple but their application is not. Several years of practices are needed to master well the game.

The Agility is synonymic of lightness and simplicity. It is natural to see a promise of ease there.

This promise is confirmed by books on Agility. They are generally less thick and less heavy than their equivalents; the principles and the presented concepts are much less numerous and simpler.

To acquire the theory is thus easy, but what about the practice?

In practice, the Agile methods impose very strong requirements on the individuals and the organizations.

For the individuals, there is at first a requirement in technical skills to produce an evolutionary, quality and easy to maintain software, well tested etc. This does not apply only to the Agile methods. The difference is that it becomes a priority with the Agility.

For the individuals, there is then a requirement of behaving and personal discipline to collaborate, communicate, make a commitment, and demonstrate self discipline… It is very difficult to set up Pair Programming; and Daily Scrum can easily turn into chaos.

Some organizations would need almost reorganization. For example, to involve more the business in the development, to redefine the jobs (project manager, scrum master etc.) etc.

For organizations, there is also a problem of the lack of mid-term and long-term visibility with an impact on how projects are budgeted.

Finally, the Agility rests on a strong requirement of Transparency. It can have heavy implications for organizations and individuals. Ken Schwaber, co-author of the Scrum method, expresses with provocation a direct consequence of this transparency strengthened by fast feedbacks:  » [the Agility] expose  the incompetence « . Stated this way, it makes you think…

In practice, very few teams arrive at the end of an Agile step(initiative). But fortunately, the passage in the Suppleness can be gradually made with immediate gains (cf n°9).

The requirements of Agility on the individuals (cf. N°7) lead to think that the agile methods are reserved for experimented teams, teams of champions of the development. This is exaggerated.

The minimum required by the Agility would be rather a team consisting of an experimented coach and open-minded individuals, capable of questioning, capable of learning and especially who want to progress.

With regard to other methods, an advantage of the agile methods is to facilitate the fast grow in skills of the team members.

How? Simply thanks to the very short iterative cycles which allow fast feedbacks on performance and improving for the following iteration. In SCRUM, it is institutionalized under the shape of a Retrospective at each iteration end.

Besides, practices such as the Pair Programming and the Daily Scrum facilitate largely the transmission of knowledge between the members of the project.

We can retain a principle: the less the team is experimented, the more the « Coach » owes to be.

The agile methods propose practices which, taken separately, are not incompatible with the classic approaches (cascading cycle, CMMI, PMBoK etc.).

For example, it is possible in a cascading cycle to introduce Peer Programming, Retrospect, daily meetings, the Palnning Poker, Burndown charts, continuous integration, the Test Driven… Why not?

False Idea n°10: the Agility can apply to anything and everything

When, to test its software, it was necessary to reserve several days in advance some machine processing time on the central server and print its software on punch cards, the Agility and its Test Driven and Continuous Integration would have made anyone laugh out loud

To be Agile, it is necessary to have the will but also the means.

In domains, as construction or industry *, the constraints certainly do not allow to be as agile as in the software development.

In a project at fixed price, a purely agile approach is inconceivable. It is inevitably necessary to fix the perimeter.

In a deployment project, the Agility may bring more inconveniences than advantages.

To be able to be Agile, the change has to be desirable but also possible at low-cost. That is why the software development is the privileged domain of the Agility.

* In the industry, there is a Lean Manufacturing. This approach shares some of the values and objectives of the Agility, but with different practices oriented towards the industry. 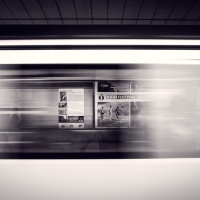 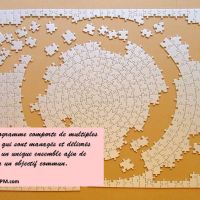 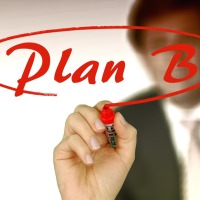 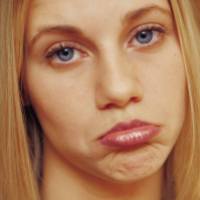